"Embroidery is the craft of decorating fabric or other materials using a needle to apply thread or yarn" (Embroidery, Wikipedia; 03 April 2019). This craft of creating beautiful motifs on clothing had its origins in mending worn out clothes. Historically clothing was expensive and throwing worn out clothes just wasn't practical. Instead of throwing out clothes, the practice of tailoring, mending, and patching was used to give clothing a second life. As a result of this, the development of sewing techniques came about along with the possibilities of decorating clothing and fabrics that has evolved into common day embroidery.

Embroidery As a World Wide Phenomenon

Interestingly embroidery is found world wide in many cultures and through out time. Unlike lace, which had its origins in Belgium and Italy, embroidery seems to have developed independently in cultures across the globe.

Embroidery works in China have been dated to the Warring States Period (5th and 3rd Century BC). In Sweden embroidery has been found that was made sometime between 300-700 AD.

History has shown, that depending on materials available to societies, time, and location, embroidery was done by experts or done by the masses using widespread techniques. This lead to a variety of works from embroidery motifs for royalty to the mundane.

Embroidery As a Wealth and Status Symbol

Wealth and status was often shown by those wore or owned expertly crafted embroidered clothes. It was and expensive purchase to make to have an expert embroiderer make clothing with embroidery. It was expensive due to the fact of time and expertise were required to embroider clothing.

Embroidery on Christening Gowns and Outfits

From the earliest days of christening ceremonies hand stitched embroidery was used to decorate christening/baptismal gowns. Many family heirloom christening gowns that have been passed down have beautiful hand made embroidery on them. Today christening attire (gowns and outfits) will have embroidery that is meaningful to families, such as a Celtic knot or the names of children embroidered on the hem of the gown who have worn the gown for their christening. 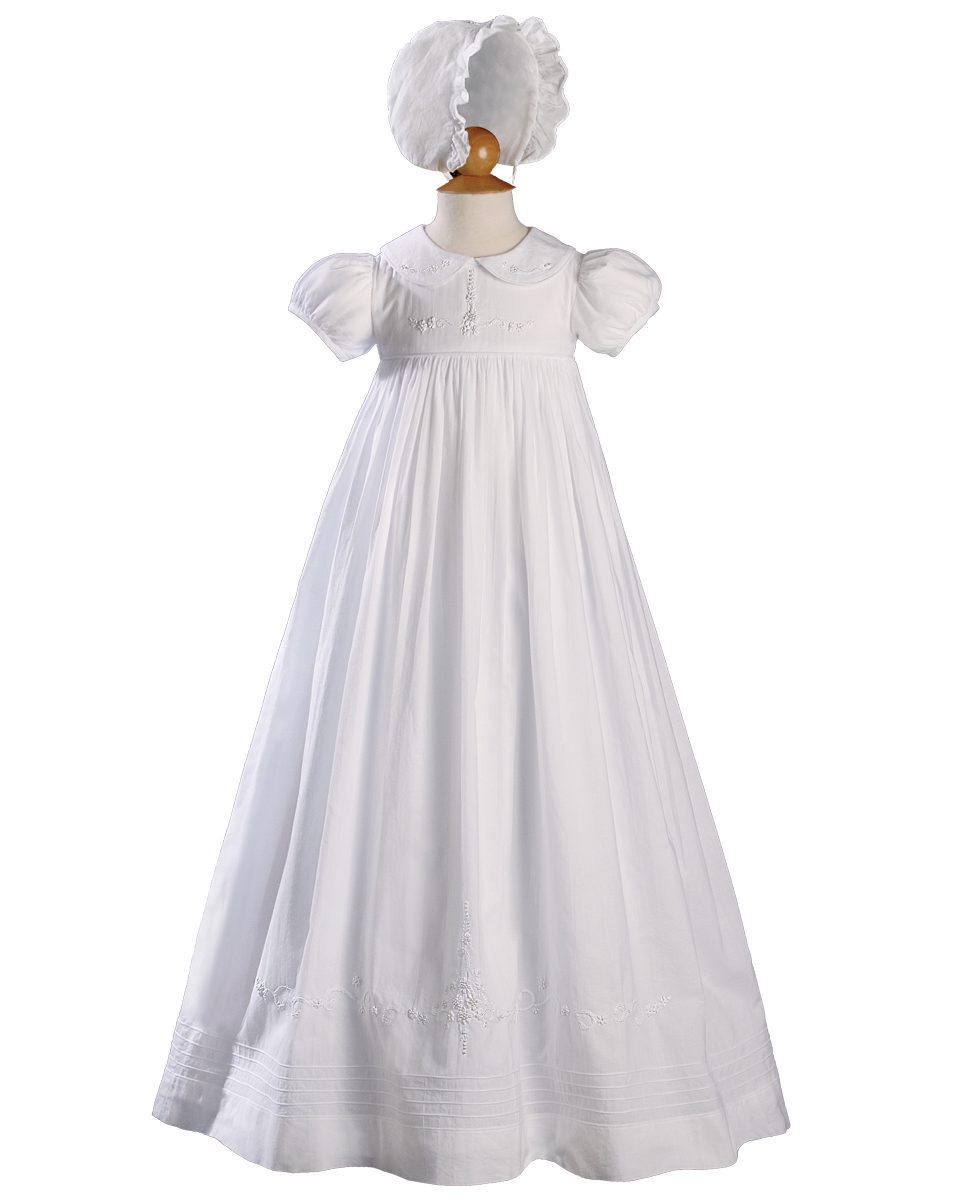 Here is a list of gowns and items Children's Formal Attire offers with hand embroidery: